Property Prices Risen by 35% in 5 Years 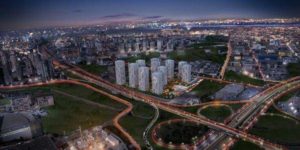 Residential property and finance sectors have taken on the responsibility, together with the incentives provided in the economy following the attempted coup of 15 July, reducing credit interest rates. Currently, many banks have reduced their mortgage interest rates to under 1 percent.

While residential property sales have gathered pace, the report prepared by Emlak Konut GYO has put an end to the discussions of a bubble. According to this, average residential property prices throughout Turkey in general have increased by 35.29 percent in real terms, between April 2011 – April 2016. However, this increase is being interpreted as a sign of the dynamism in the sector and the continuity of demand, rather than a price bubble. 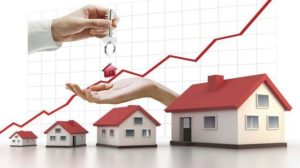 Prices in Adıyaman up by 44 percent

In terms of cities, the increase in the prices of residential properties in the period between April 2011 – April 2016, were as follows: Istanbul – 70,76 percent; Gaziantep, Kilis and Adıyaman – 44,22 percent; Aydın, Denizli and Muğla – 43,36 percent; Izmir – 32,32 percent and Ankara – 12,13 percent. According to the report, both a correction and an increase were seen on a regional level. For example, while Gaziantep, Kilis and Adıyaman had seen the biggest increase in the prices of residential properties in Turkey until 8 months ago, fell back by 6,57 percent in the last period to April 2016. On the other hand, the region with the highest increase during this period was Aydın, Denizli and Muğla. The price increase in real terms in this region set a new record of 7,13 percent, despite the negative developments in tourism.

Istanbul is cheap when compared to the rest of the world

One other piece of data showing that there is no pricing bubble in residential properties is the list of most expensive cities in the world, based on the square meter sizes which can be bought for 1 million dollars. According to this, 1 million dollars will buy 17 square meters in Monaco, 20 square meters in London and 94 square meters in Istanbul. Experts are saying that, “The increasing investment in infrastructure is supporting the upward direction of prices – especially in Istanbul – and this reduces the probability of a bubble being created. In addition to this, the fall in the interest rates and security legislation based on real estate are creating an extremely positive impact in terms of ensuring a balance in the direction of both supply and demand.”

Based in Turkey with offices in Sweden, Denmark and USA and in collaboration with leading buiders and developers in Turkey.