Turkey is one of the most promising real estate markets in Europe, and the mantra “location, location, location” rings especially true for this country. Strategically situated at the crossroads of Europe, the Middle East, and Central Asia, and home to almost 78 million people, Turkey offers great opportunities for real estate developers and investors by combining a large construction sector with growing commercial and industrial output. 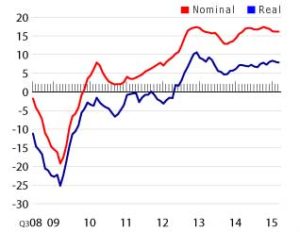 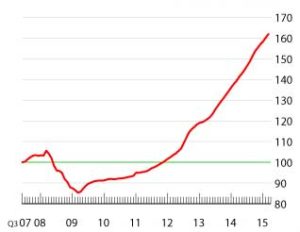 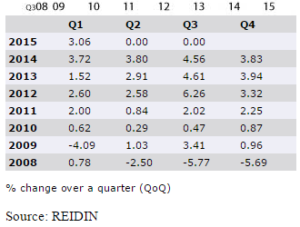 Some key facts and figures in the Turkish real estate sector include:
The real estate sector accounted for approximately 5 percent of GDP in the last decade. On the investment side, FDI inflow rose to USD 16.5 billion, with real estate and construction garnering USD 4.1 billion (24.8 percent) of total FDI in 2015.
Urban renewal and mega projects dominate the agenda for the foreseeable future, particularly in Istanbul. Some projects in the city include the Marmaray, Canal Istanbul, the third Bosphorus Bridge, and Istanbul’s third airport.
It is estimated that around 6.7 million residential units nationwide will be demolished and rebuilt over the next 20 years, meaning an average of 334,000 units per year. Around USD 15 billion of financing will be required each year for urban renewal projects. In total, a budget of USD 400 billion has been allocated for this initiative, with the private sector taking the lead role.
According to the Knight Frank Global House Price Index, Turkey ranked first in the 55-location index in Q4 of 2015 in terms of annual price growth index. Turkey saw a year-on-year increase of 18.4 percent and thus emerged as the top-performing housing market in the world, ahead of New Zealand, Sweden, and Australia.
The total number of houses sold in the Turkish property market reached 1,289,320 units in 2015; likewise sales of real estate to foreigners began to increase following the abolishment of the reciprocity law in 2012. In 2015, 22,830 houses were sold to foreigners in Turkey, marking a year-on-year increase of 20.4 percent. With regard to house sales to foreigners, Istanbul was the top-performing province with 7,493 sales in 2015, followed by Antalya with 6,072 sales, Bursa with 1,501 sales, and Yalova with 1,425 sales.
Office construction licenses obtained throughout Turkey increased by 27 percent, and together totaled 7 million square meters of additional planned office space in 2013. Class-A office space supply is expected to reach 6.5 million square meters by the end of 2017 with the completion of projects such as the Istanbul Finance Center, which, according to projections, will provide employment for 30,000 people.
368 shopping centers are operational in Turkey with a total gross leasable area of 10.89 million square meters. 108 shopping centers in Istanbul with a total gross leasable area of 4 million square meters represent 37 percent of the total leasable shopping center area in Turkey.
According to JLL’s Cross Border Retailer Attractiveness Index 2015, Istanbul is the 7th most attractive market in Europe after London, Paris, Moscow, Milan, Madrid and Rome.
In spite of the growth in recent years, Turkey is still below the average of total leasable area per person compared to the European average. This indicates potential for further retail growth in Turkey.
By the end of 2015, there were 13,615 registered accommodation facilities. 9,188 of these facilities were licensed by their respective municipalities, while the remaining 4,427 held tourism operation licenses. The combined total bed capacity of these facilities exceeds 1,250,000, although there is still a gap between supply and demand, particularly in Istanbul.
There are currently 281 projects in the pipeline that would add 74,130 much-needed beds to Turkey’s short supply.